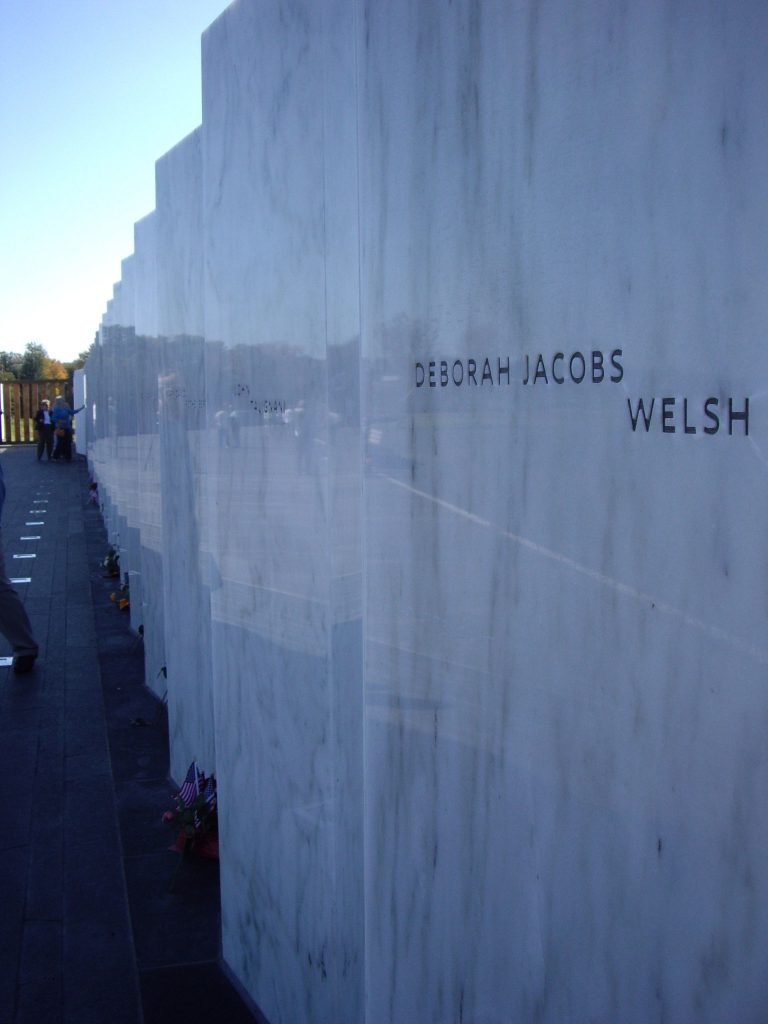 United Airlines Flight 93 was hijacked by four Al-Qaeda terrorists as part of the September 11 attacks. It crashed into a field in Somerset County, Pennsylvania, during an attempt by the passengers and crew to regain control.

The Tower of Voices will be built to honor the passengers and crew aboard Flight 93 who thwarted the attack on the U.S. Capitol. The tower will be ninety-three feet tall musical instrument holding forty wind chimes, representing the forty passengers and crew members. The first phase, the wall of names was dedicated on September 10, 2011. When the project is complete, a stone and slate plaza will provide a view of the crash site known as “The Field Of Honor.”

The Wall of names is pictured.