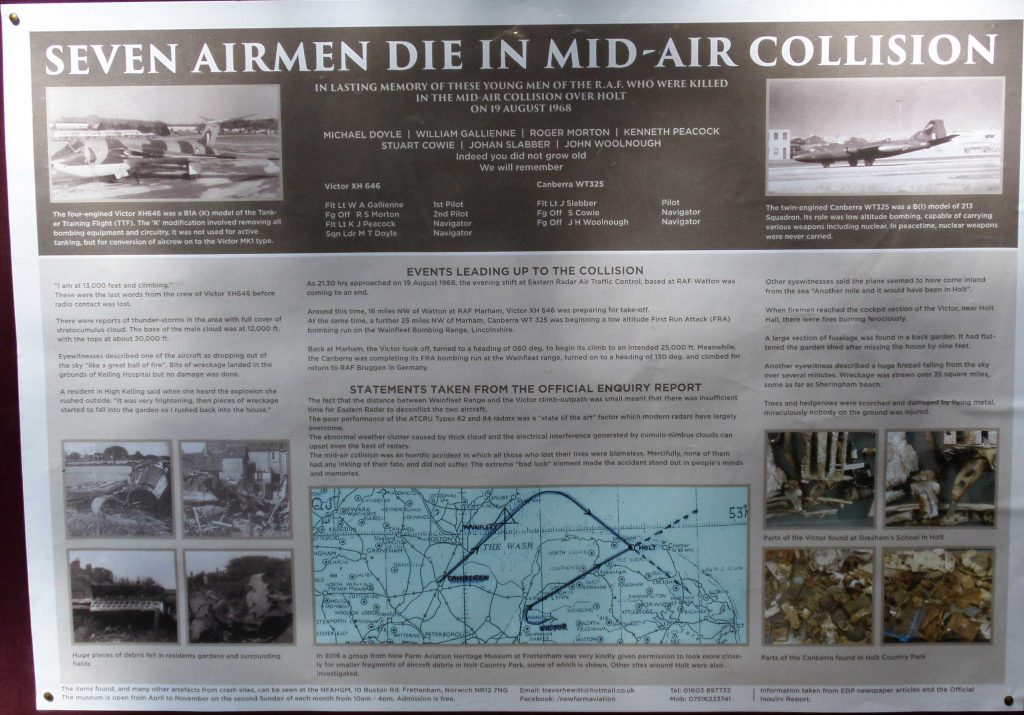 Two RAF aircraft collided over Holt, Norfolk, UK on 19 August 1968. After an electrical storm knocked out the radar system, the Victor tanker from nearby RAF Marham, and the Canberra, from RAF Bruggen in Germany, crashed in the night sky, raining down debris over a 100-acre wood. Seven crew members died, but no one on the ground, so it was dubbed ‘the Miracle of Holt.’ The New Farm Aviation Heritage Group (NFAHG) organised the memorial